People who study these things say that the average American eats 60 Hot Dogs each year….grilled, steamed, boiled… flung from peddlers in Ballparks, off a rolling cooker in a 7-11, or out of a vendor’s cart. But the BEST hot dogs, are the German Hot Dogs. These snappy wonders with their tight casings that burst with flavor when you bit into them. Frankfurters, Wieners, the “dachshund sausage”… whatever you call them, this “All-American” food traces its origins to Germany.

The Third Wednesday in July is National Hot Dog Day!

In 1987, Frankfurt celebrated the 500th anniversary of the 1487 invention of the… (wait for it….)… Frankfurter. But, as with every great discovery, there is controversy. In Vienna, they claim this Wiener was THEIR invention. (Vienna in German is Wien…so a Wiener comes from Vienna, like a Frankfurter comes from Frankfurt) But since the sausage maker apprenticed to a Frankfurt sausage maker, and then called his sausage the Wiener-Frankfurter, the lines seem a bit blurry. 200 years later, Johann Georghehner, a butcher from Coburg “invented” a sausage that he called the “little dachshund“, and then took it to Frankfurt on a marketing tour. The Frankfurt Butchers guild responded in 1852 by releasing a new Frankfurter, this slightly curved sausage was smoked, and packed into aa thin casing that snapped. They called it the Dachshund Sausage. And then the sausages traveled to America.

Who Served the First Hot Dog in America?

Honestly… no one knows for certain.

While it’s obvious to everyone that the sausage itself came to America with German immigrants, you won’t find a creation story like that of the ice cream seller ran out of little bowls at the 1904 St Louis World’s Fair, and had a conversation with a waffle maker… the rest is history).

In Germany, it’s standard to serve a sausage with bread or a roll. (When we had Würstchen for dinner in our home, there was always a slice of bread next to it… and probably potato salad… but it never came wrapped in a bun at the dinner table).

Street Peddlers in New York’s Bowery sold their sausages from pushcarts in the 1860s, some say they came in a soft milk bun for easy “take away” eating. (Even topped it with Sauerkraut!) So, most likely a version of the food has been around for a while. But naturally, other people want to stake a claim to the origin.

Two similar stories from St Louis take place over 20 years apart. (St Louis seems to be a hotbed for food innovation) According to one, in 1880 a sausage peddler sold his hot sausages to customers, and gave them white gloves to wear so they wouldn’t burn their hands while eating them. Because people kept walking away with his gloves (and profits) his wife suggested he sell the sausages in a split bun. A very similar story puts the event at the 1904 St Louis Exhibition. Bavarian Sausage maker Anton Feuchtwanger found himself losing money when people walked off with the gloves, he asked his brother-in-law for help. And the long bun was created.

Which makes you wonder… since sausages in rolls were already being sold in the St Louis Baseball park in 1893, possibly introduced by Chris Von der Ahe, German owner of the St Louis Bears team. 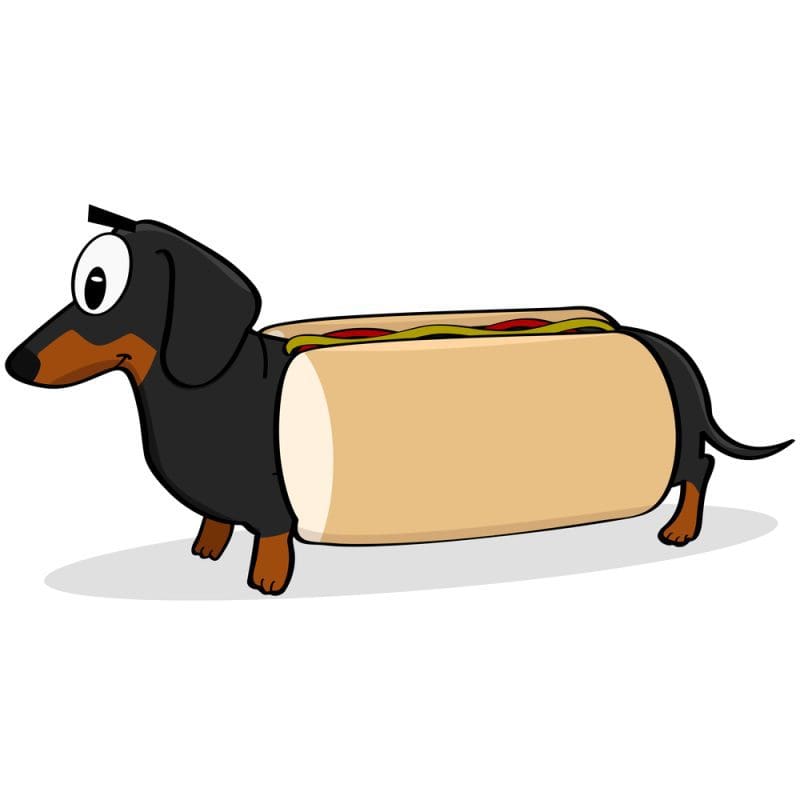 And the name Hot Dog?

Some claim that the name goes back to Yale. Students called the peddlers wagons that sold hot Dachshund sausages, “Dog Wagons”. Referring to the name? or possibly a slur on the meat….

The name probably comes from the old Frankfurt name “Dachshund Sausage”. One story claims that sports cartoonist, Tad Drogan, saw vendors selling their sausages tucked into soft buns at a Giants game in 1901 with shouts of “Get your Red Hot Dachshund Sausages! Get them while they are red hot!“… but he couldn’t spell Dachshund, so he described the vendors as selling “Hot Dogs”. (To be fair, Dachshund is a tricky word to spell) He even drew the hot dogs as short legged Dachshund’s in a bun. Problem is, the cartoon was published in 1906…. so is it just a story?

But it makes sense that people selling Hot Dachshund Sausages would shorten it to “Get your Hot DOGS here!”

Before Long… Hot Dogs Were EVERYWHERE

When Charles Feltman started selling his sausages from an old pie pushcart at Coney Island, he never dreamed just how big his empire would grow. When the subway brought city dwellers to the beach seeking relief from the heat… and a bite to eat… Feltman was ready. He sold so many that he needed to hire a bun slicer… young Nathan Handwerker got the job. At the height of their popularity in the 1920s the restaurant (he’d moved on from a pushcart) was selling around 40,000 hot dogs a day!! Coney Island was the place to go… and Hot Dogs were the food to eat.

And now… hot dogs are everywhere. You’ll find Germans all across the United States… and wherever they went, they took their favorite sausage and bun combination. Makes sense, the delicious sausages were the ultimate Street Food, easy to prepare and sell, inexpensive to buy, and super easy to eat (even while walking). You found them at Fairs, Sporting Events, and on street corners. We eat them at picnics and Bar-b-ques. And when eating young Nathan Handwerker moved on from bun slicer to opening his own Nathan’s Famous Hot Dog stand… and kicked off the first July 4th Hot Dog contest in 1916, the hot dog became an All American food.

Wherever the name came from, we can agree that the German Sausage makes the Hot Dog delicious. The German Hot Dog…Frankfurter, Wiener, or Wurst… another amazing contribution to American Culture..

Celebrate with a wieners, mustard, pickles, and Sauerkraut! Winners – This is most like an American version of a Hot Dog or Frankfurter. This longer thin sausage is made from finely ground beef or pork, lots of seasonings, and is then smoked. You can serve them up off the grill, or boil them for a quick dinner. Sometimes you will see them sold in the US as Knockwurst… that’s just a mispronunciation. These sausages get their name from the “KNACK” or snap sound you get when you bite into it. Serve with Extra Hot German Mustard or Curry Ketchup. 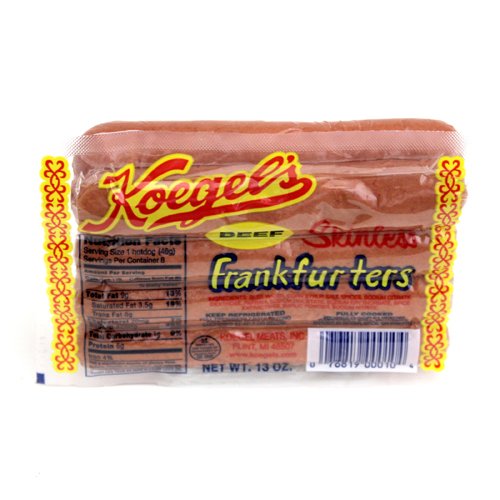 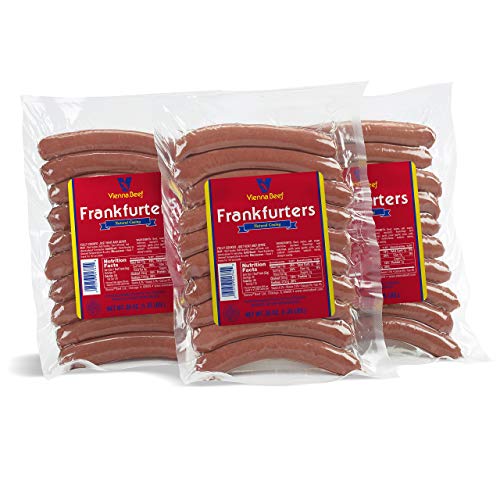 You can eat your German Hot Dog in a soft American Bun, or with a Crusty German Roll… either way… Delicious!! 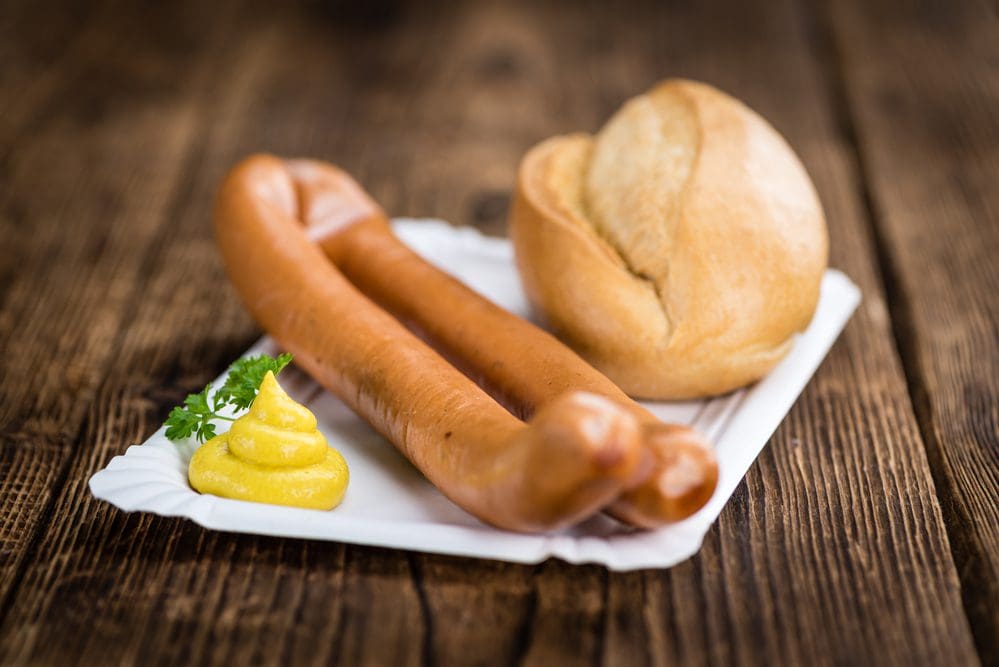